Make your Own Repo with Repo Maker Utility for iOS [Jailbreak]

Apple is consistently trying to patch jailbreak from all of its iOS devices, but because of the nature of iOS, that its versions differ in totality from each other, Apple always fails to do so. Just like Apple’s app store, people are using Cydia store to get free and paid tweaks and apps to get out standing features on their iDevices. Tweaks and apps’ developers make them because they’re get paid via Adsense ads (Placed in Cydia under their tweaks) and also they earn from paid apps and tweaks. 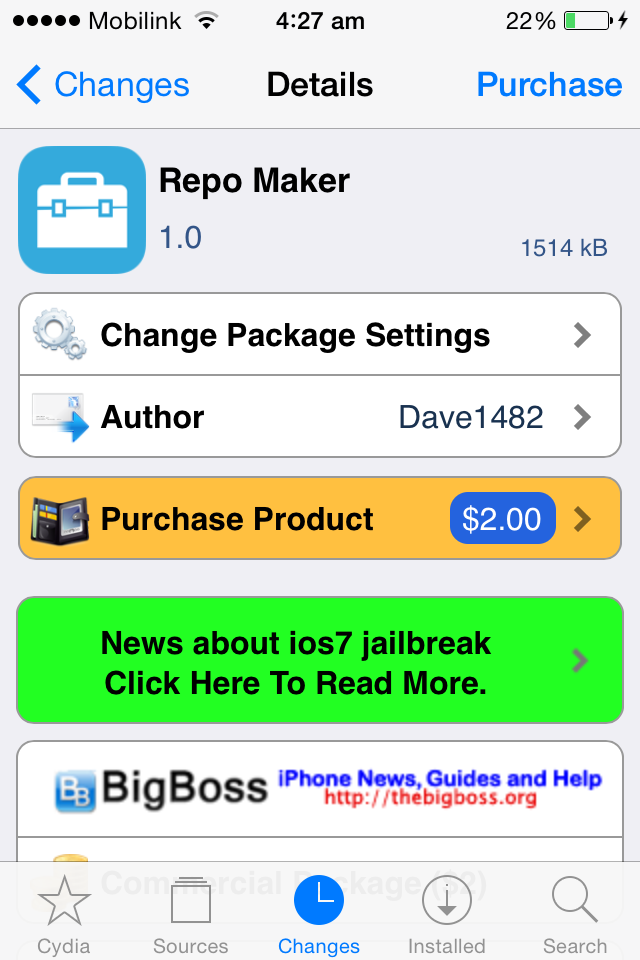 Because of a huge number of jailbroken devices, developers are getting more interested in development of jailbreak tweaks. They are staying away from iOS app store, because their submission criteria is strict and also they can’t code in iOS as like Android because it isn’t open source. Furthermore, many developers don’t like to pay $99 for iOS dev account. The primary reason that’s why Apple is patching jailbreak again and again in iOS is that Apple don’t want its users to install jailbreak tweaks and apps because these tweaks and apps don’t bring any benefit for Apple.

Today I saw another utility that was strange in front of me, because it is especially for developers. It’s called “Repo Maker”, repo is for repository and the apps and tweaks available in Cydia are just because of these repos. Some popular repositories are BigBoss, Modmyi and ZodTTD & MacCiti. Once a user installs these repos in his idevice, he gets access to apps, tweaks and utilities instantly.

Some of the jaw-dropping features of Repo maker are:

– HTTP server to download and upload Files (Separate package)
– Add and remove packages to and from repo
– GUI to edit “control” files
– Add http//[local Wifi address of iDevice with server]:1482/repo to Cydia iDevice not running server.

Mr. Dave, developer of this utility has updated us about repo maker via commenting on this article. According to Dave, this app has few bugs when it runs on iOS 7, he will fix the bugs in upcoming repo maker version 1.0.1 by this week. Read his comment in this article’s comments section.

If you want to make your own repo like others doing already, you can use this utility instead of any other platform. Just $2 are required to buy this utility and almost all things can be done automatically in this repo maker.

Famous repositories like BigBoss are available in Cydia store by default, the only reason of this, is that it’s the most popular repo ever. If you make a repository and apps and tweaks available in it get popularity among iOS users then it may be possible that Cydia add your repository in its default repositories’ list.

Update1x: Version v1.0.1 for repo maker has been released and fixes “control file creation bug” and “set server port bug“. Furthermore, version 1.0.2 is on the way with more bug fixes.