TaiG is the new winner in the World of jailbreak because it’s simple and easy to use jailbreak tool I’ve ever seen. But if you want to remove TaiG jailbreak because of some reason then this is the right place for you. Let’s have a look on history of jailbreak tools came in past few years, undoubtedly, Pangu is the most remarkable tool because it has jailbroken iOS 7 and iOS 8 as well. But I’ve changed my ideal from Pangu to TaiG because it takes just 1 minute to jailbreak your iPhone, iPad or iPod Touch; while Pangu needs to set the date to second of June and some other stuff to jailbreak iOS devices. First TaiG jailbreak had come for iOS 8.1.1 and now some sources has confirmed that it’s not patched in iOS 8.1.2, you just need to configure some settings to jailbreak iOS 8.1.2 with this awesome tool. 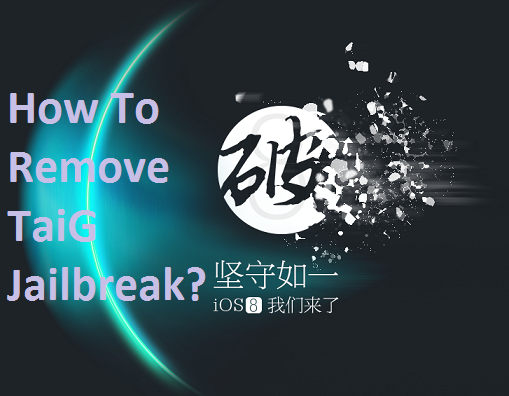 It’s obvious that many iOS devices stick on Apple logo or they miss something important after TaiG jailbreak, in this kind of situations removing the jailbreak entirely is the only solution. Don’t worry, removing TaiG jailbreak and again jailbreaking with this tool is currently possible until Apple patches the exploits that had been used for this exploit.

You can simply remove the TaiG jailbreak by restoring the latest iOS available for iDevices. But on jailbroken iDevices, Apple doesn’t allow iOS users to update via OTA or sometimes with iTunes. You need to update or restore the latest iOS by downloading the iOS firmware manually and restoring it to your device via iTunes.

Step 2: After downloading both successfully, run iTunes and install it on your PC; open it and connect your iPhone, iPad or iPod touch via USB cable.

Step 3: Unlock your iOS device and also press the “Trust” button if shown on your iDevice’s screen and open your device’s panel over iTunes.

Step 4: First take backup of your iDevice, because in case of any unexpected situation, you wouldn’t lose your data.

Step 5: After that select your downloaded firmware(In step 1) by pressing shift+left click on Windows PC and ALT+click on Mac. 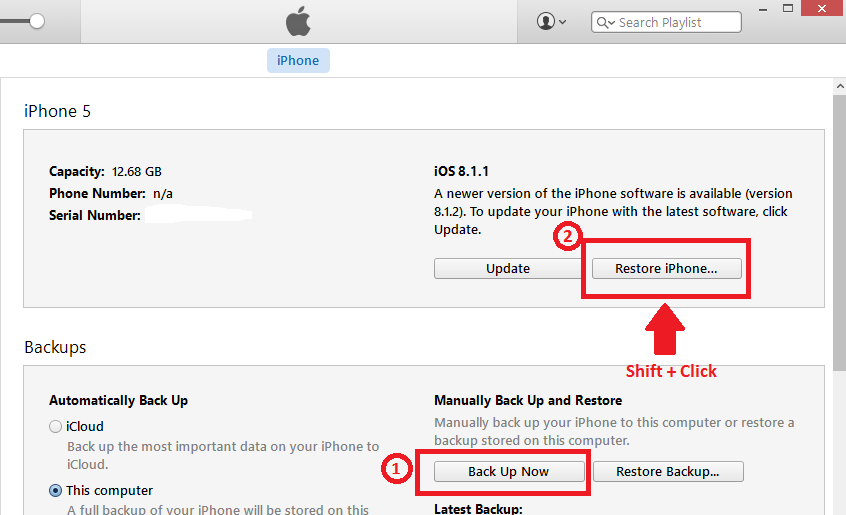 Step 6: Now iTunes will confirm your restoration by showing you the message shown in the below image. Click “Restore” button and it will start the restoration process. After few minutes and few reboots, you’ll be on the latest iOS and you wouldn’t see Cydia icon in your iOS device, because it is not jailbroken anymore.

You’ve successfully get rid of TaiG’s jailbreak after following the above tutorial, other restoration methods may also work but I’d recommend this one because it’s safe and best for jailbroken iDevices.