When you think of music, you can name quite a large number of apps that allow streaming the music with each app having its own set of features including skin options, radio stations, storage as well as options for sharing your songs over the social network. This article has cut the apps down to five apps you can get your hands on at Google Play Store for your Android devices. 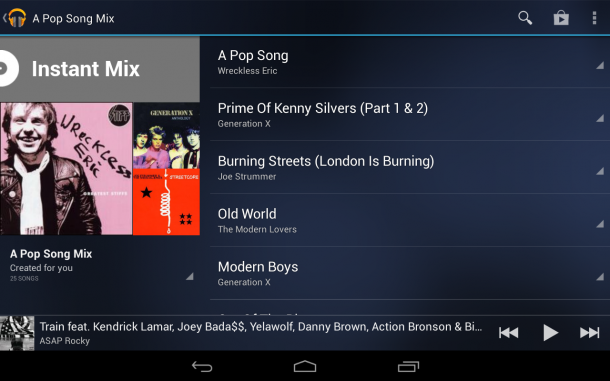 Google Play Music covers all options any user would generally need in a music app. You can stream any number of songs, play unrestricted radio and you do not have to worry about syncing your music as it will be available for you to access from anywhere. Additionally, you are free to add about 20,000 songs to online Google servers through a desktop application which will then add to the accessible-to-all library of uploaded and bought the songs on Google Play Music. Users can also keep their favorite songs offline or choose to listen to custom playlists available on the app. 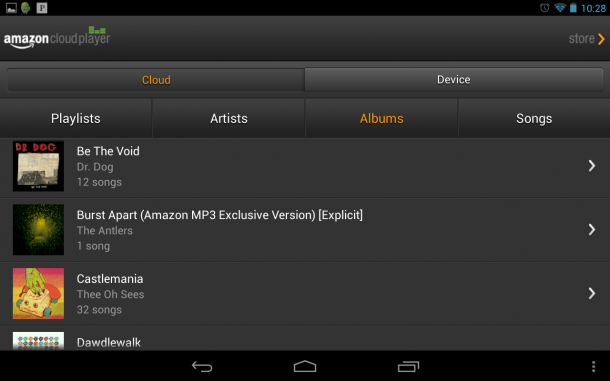 You will find pretty much the similar set of options in the Amazon MP3 as in Google Play Music mentioned earlier however, there are some minor variances that might or might not matter depending upon the user. You can play all music earlier bought from Amazon as well as the one uploaded by users. Also, Amazon MP3 has a limit of 250 songs to be uploaded free in the storage space, but if you are the privileged user having subscribed to Cloud Player Premium then you can upload as many as 250,000 songs. 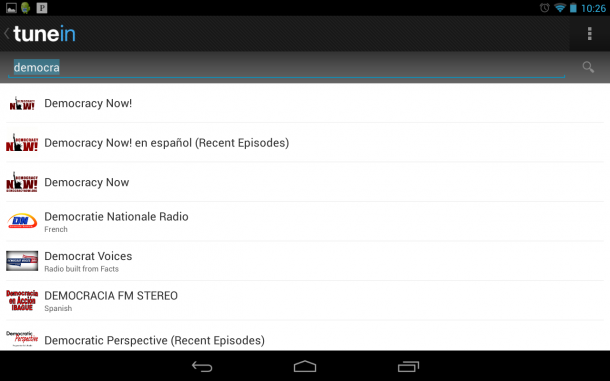 The best feature I find about Tune-In Radio is the instant access to a huge number of live radio stations: a whopping 70,000! Additionally, users can access up to 2 million musical shows and concerts. If you have the radio stations you like the most listed, you can create your own favorite list of radio stations through the app with its user-friendly interface.

Spotify is a fun app to keep on your Android device as it has brought a number of much used elements from other apps under one service. This app has the option to make stations right off a track a user pick and lets user to access the online library hoarding with music of all genres. Once the app gets to know your preferences, it will also stream similar music for you as does Pandora. If you subscribe to the premium service, you will no longer be bothered by the ads. Also, you can let the music you are streaming show on your Facebook profile, letting your friends and family know what you are listening to. 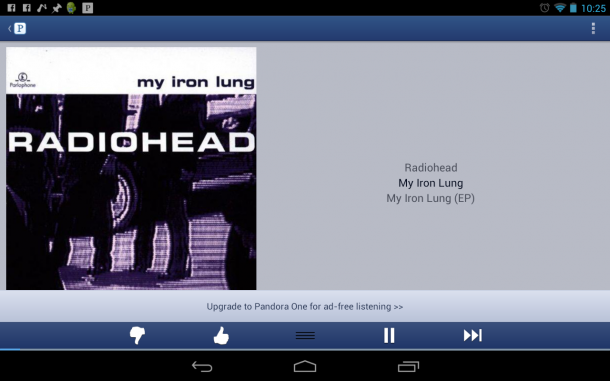 Most users regularly streaming music on their Android devices know about Pandora being probably one of the most reliable services if you wish to stream your favorite music free.  All you have to do is punch in the name of the song and there you will have the radio station created, couldn’t get any easier. Also, it would please Pandora fans to hear the service is now in partnership with The Music Genome project under which the service is describing the songs using over 400 qualities simultaneously using an algorithm to sort songs out which works pretty good for the users.