iOS 8 Beta 3 Launched for Developers with a Roar

Apple has released iOS 8 beta 3 for developers for further testing regarding bugs and exploits. The earlier iOS 8 beta 2 was released few weeks back with some minor changes and now Apple further polished iOS 8 in this third beta. The major changes in this version are improvements in its previously added features like quicktype, iCloud, notification centre and more. Below are some remarkable improvements made by Apple in this iOS 8 beta 3. 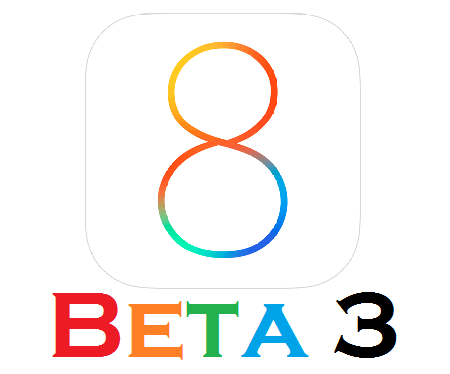 You may Also Like: Demonstration of all iOS 8 features

In iOS 8 beta 1, Apple had introduced a better and responsive notification centre for iOS users, in which users were able to edit their notification widgets and also rearrangement was possible; but now Apple has made the available “clear” button more clear and visible for its users. It’s the history, that Apple introduces less features but all those features are perfect, while in Android you’ll find each and everything but with errors, bugs and viruses.

First change is in iCloud’s interface, Apple has redesigned it entirely and a new welcome page is available on your iCloud drive’s home. Moreover, you can now use the iCloud drive also from the web, previously this uploading feature was available only from Windows, Mac and iOS devices.

Now call anyone near to you with a Wifi connection. To enable this Wifi calling feature you must have an updated emergency address.

Now you can enable or disable QuickType feature that is used to quickly reply to messages received from iMessage and social media apps. This functionality works from Notification centre, app switcher and individual notification.

The features described above are incredible for iOS 8 users, Apple is making its iOS mush user-friendly for its users. I personally think that if Apple continues to add these kind of features in upcoming iOS versions then it can beat other mobile OSs available in market.