MWC 2015 has become the jewel arena for many renowned Smartphone’s manufacturers to showcase their flagship devices in front of the World. Like, giant Smartphone manufacturer Samsung unveiled its premium Galaxy S6 & S6 Edge and Sony launched its most anticipated waterproof Smartphone’s Xperia M4 Aqua and Z4 Tablet. 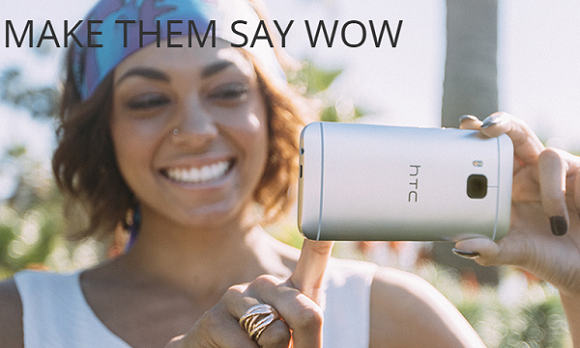 But here we are going to throw light on the most significant Smartphone launch at MWC, 2015 after Samsung Galaxy S6 – it was none other than HTC One M9. It was the most talked device to be revealed by HTC, although some of its novel features were already leaked by some tech sources. Nevertheless, here is the rabbit hole like specs analysis of HTC One M9.

The design of the new HTC M9 is familiar – it looks the same like its former successor M8, the only difference you could come across that HTC has relocated the power key under the volume key. Since, both these keys are so contiguous to one another and look the same too; most of the users may find it difficult to distinguish amongst them. Although, as a remedy of this, manufacturer has made a little effort by crafting circle patterns on power key – for users to feel the difference.

Nevertheless, M9 is overall a solid looking durable phone, as this time HTC has put an extra effort by working on its outlook design and build quality. Phone is adorned with aluminum body provides dual tone look with gold and silver – it does provide premium feel and grip while holding in hand.

The flagship HTC M9 has 5.0 inch Super LCD3 that has 1080 x 1920 resolutions, which is well equipped to furnish stunning 1080p display. The pixel density is also of extreme high-end having 441pixel per inch alongside 16M colors; additionally the scratch protection is backed by its Corning Gorilla Glass 4.

HTC M9 can be called a power house in terms of internal hardware specs, which makes it a tough competitor among other leading brands flagship devices at present. M9 has potent Quad-core 1.5 GHz Cortex-A53 and Quad-core 2 GHz Cortex-A57 CPU and Adreno 430 GPU. Simultaneously, it is loaded with latest Qualcomm MSM8994 Snapdragon 810 chipset. Furthermore, hefty 3GB of RAM is also decked in M9 to compliment its other hardware specs making sure that user get smooth lag free performance.

Additionally, as far as the memory storage is concern, phone has 32GB internal space with microSD external memory support of up to 128GB. This will be suitable for users who like to store large data on their Smartphone.

Battery life of the modern day Smartphone has become the most pensive aspect nowadays, because of the extensive use of these devices. That’s why manufacturers like HTC and other are striving hard to provide better battery life utilizing latest advancements. HTC M9 has a slight boost in its battery capacity from M8 having 2840mAh this time unlike having 2,600mAh.

The flagship M9 is like a fresh breath of air in lots of ways, like it has latest Android 5.0 Lollipop straight from the box. And how come a HTC Smartphone be completed without its custom made UI called Sense, M9 also runs with it on top of 5.0 Lollipop. This combination of HTC Sense with latest Android Lollipop 5.0 makes user interface experience buttery.

The camera is also of high-quality in this HTC flagship M9, embracing 20MP at the backside with dual-LED and auto-focus proficiencies to click images at 2160 pixels. Moreover, the rare camera of M9 can also record high-end videos with 60 FPS at 1080p resolution. In addition, the front facing camera is of moderate 4MP quality will be able to capture crisp selfies and capture videos at up to 30 FPS with HDR mode.

In this current modern day and age when there is rigid competition among all manufacturers to offer distinguishing features to users. Therefore, HTC with its M9 has provided novel Smartphone features similar to NFC (near field communication), and new technological advancements getting popular day by day known as Quick Charging. So, HTC also made available Quick Charge 2.0 technology, which will charge the phone upto 60% in only 30 minutes.

HTC M9 is unquestionably has announced itself as the strong competitor of Samsung’s latest Galaxy S6 and Apple’s iPhone 6 – by  rubbing its shoulders with high-end specs & features. Only time will tell that how user will give response to this HTC’s f flagship M9, after the availability by the end of March, 2015.