TaiG is a specialist team of developers, who makes available Jailbreak for various firmware versions of Apple devices. The latest one from this veteran TaiG Team is the Jailbreak for iOS 8.3, iOS 8.2 supported devices straight from Windows operated computers. Currently, this newly revealed TaiG 2.0 Jailbreak application download is workable with Windows PC only – but will soon be available for Apple’s Mac users as well. 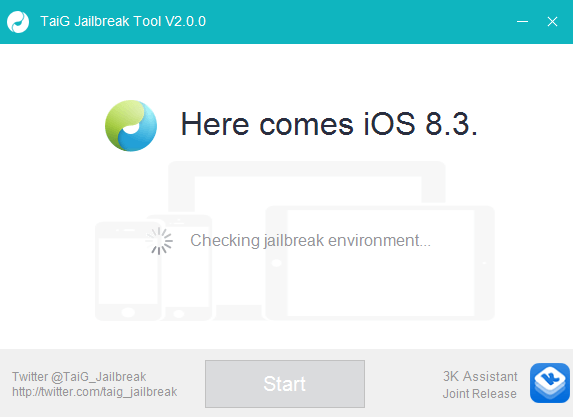 As per reports, as this is only an initial release, users may come across few bugs in the process of Jailbreaking their devices. Even some of the issues that users may come across are mentioned by TaiG team on their website already for users. You can use this guide to remove TaiG’s jailbreak if you are facing some serious issues with this jailbreak. Take look at them down below.

Furthermore, as mentioned above also that Cydia Substrate is not compatible with iOS 8.2 and 8.3, therefore users are advised not to install any cydia tweak after this TaiG 2.0 Jailbreak. But it’s been came to knowledge that the developers of cydia are working on upgrading the current Cydia Substrate.

It’s important to notice here is that all these cited Apple devices supports upgrade to iOS 8 or above – which now could also be Jailbroken with TaiG 2.0 tool.