How to Check CPU, RAM, PCB and GPU Specs of Android

Posted in Android • 9 years ago • Written by Hammad Rafique • Comments Off on How to Check CPU, RAM, PCB and GPU Specs of Android

The majority of the audiences, targeted by the smart phones or the smart technical devices are not aware of the attributes designated to the device they are in possession of. People do not realize the depth of the devices they are using in their daily life. The technicalities embossed in the devices, the numerous items used in their making; people are generally not attentive to such lengthy details. Hence, when the need to understand the details of the device arises, ignorance kicks us down the ladder. 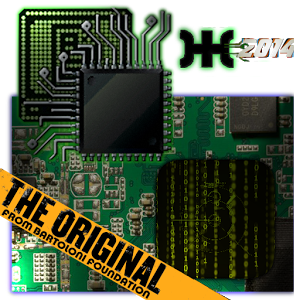 To the joy of every Android users, an application called as CPU/RAM/Device Identifier, does all the dirty work for you. Now, there is no need to plunge into the complicated settings of the device, nor is it required to go to mobile stores, to find the details of your device.

Just by installing this small application, all kinds of information regarding the RAM and the CPU, in fact, information about every wheel running the device can be gathered. With a few clicks, the boring task for the non-scientific minds, can be ascertained, and yes, it hardly requires any input from your side, except for installing the app. But hey, that is hardly a hurdle in comparison to the flood of knowledge that can be gathered.

The app with its black background full of small pentagons opens with the exact sounds produced by a CPU hard at work. The opening page displays four bars at the top, which are followed by information explaining the type of CPU at work; the company is illustrated, the model and the year the device was invented.

The type of the device is also written, and it is to say, the app can recognize if the device is a phone or a tablet. More information regarding the device’s screen size, supported frequency rate, RAM memory module and its’ Neon ability alongside playback for fast videos is demonstrated. The GPU type is also shown in detail, and if the evaluate heading is pressed; a series of benchmark values can be added. 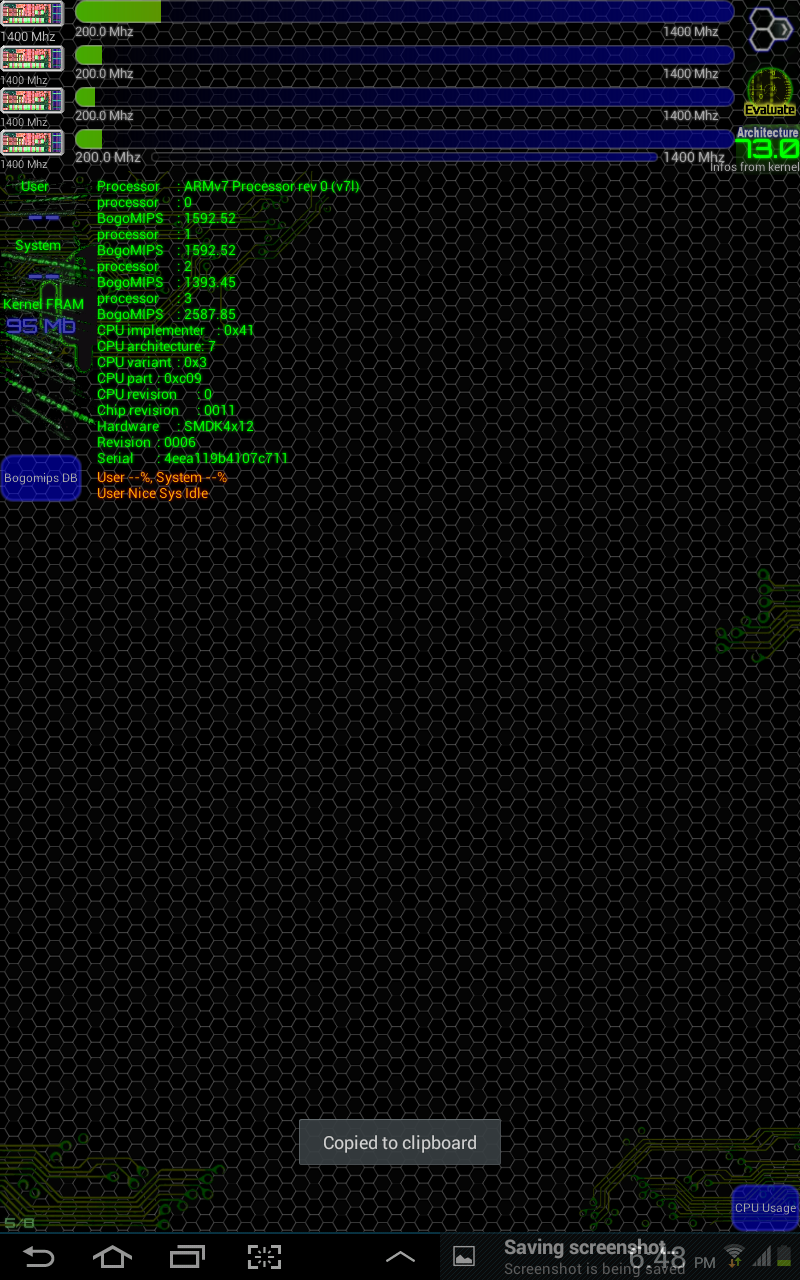 Knowledge about the processor core can be assembled through the application, in addition to points about the type of video controller and encode. The display related details can be shown in a great detail; the type of graphic card used, its ability to display at a high-definition or not, whether it has a good or bad or no 3D software render, which acts as the podium for 3D games and application – the better the render, the better the speed of the games and apps. The GPU information regarding the standard and maximum frequency, the GPU stress factor, software inches, enlargement ratio, ARM particulars are also jammed on the screen of the application.

Other minor but fundamental details of the device are also depicted by the application. Details such as, the product’s code name, the battery life, flash memory used and the free flash memory, OS version and the battery temperature can also be seen through the eyes of the app.

Just by clicking at the right top corner of the app with the PUSH sign, and by swiping the screen for all the 8 pages provided on the application, every feature and specific attribute sanctified to the device can be discovered. The horrible bundle of information that has the tendency to fly feet above your head is crammed into a single application, and not to mention, in the most attractive manner. Who knew entering the green and black world of technicality could have been this easy…?