Get iOS 8 Like Control Centre on iOS 7.x.x with Centrex

Posted in Apple • 7 years ago • Written by Hammad Rafique • Comments Off on Get iOS 8 Like Control Centre on iOS 7.x.x with Centrex

iOS 8 has completely changed the view of people who think that Apple’s iOS are outdated and copying features of Android. It’s reality that most of iOS 8 features are just like former versions of Android OS, but the primary difference is quality embedded in those features by Apple. Since iOS 8 beta 1 Apple has changed almost everything in iOS 8 beta 4 and these changes are admirable. The major features in iOS 8 were QuickReply, new notification centre, improved spotlight search and redesigned control centre. 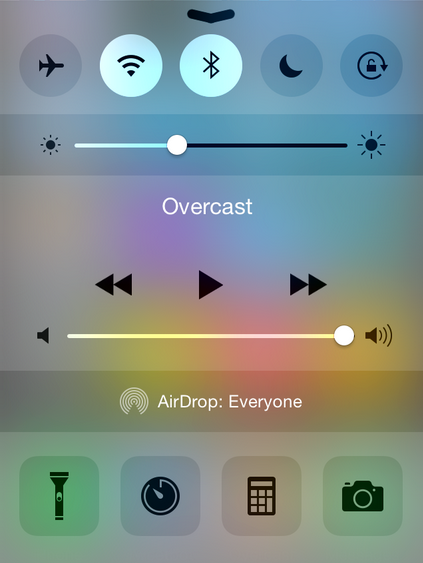 It’s human psyche that they want things before their launch, because it makes them prominent among others. If I ask you to get iPhone 6 in august with a premium of $200, you would love to get it before time, because you want to be different. Similarly users of iPhone, iPad and iPod Touch running iOS 7.x.x want features of iOS 8 on their device before its launch. But the only way to get all of the iOS 8 features on iOS 7 is to jailbreak device, and after that Cydia tweaks can help you to get iOS 8 like features. Below are some tweaks that can help you for this purpose: 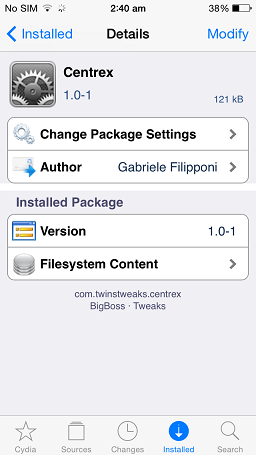 To make it work properly you should install a Winterboard theme called “iOS 8 Control Centre” from Cydia and if this tweak doesn’t work for you then close the control centre and re-call it, it will work fine.

Note: I’ve sent an email to developer of this tweak about the bugs and will update you when I shall receive any reply from him.