In my previous article I taught that how you can jailbreak your iOS 7.1 and 7.1.x device with pangu, but after visiting some forums and websites, I noticed that many are willing to remove this pangu jailbreak because it’s not from reliable sources. Also iOn1c, the real hacker of iOS 7 – 7.0.6’s Evasi0n jailbreak isn’t happy with this pangu jailbreak, because his Chinese students stole the exploit from him; as he has mentioned this on twitter.

Note: This tutorial is equally beneficial for users that have jailbroken their iOS 8x and 8.1 devices with Pangu8 tool. 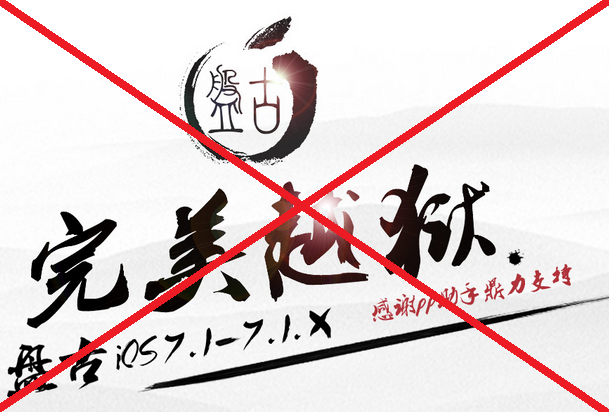 Furthermore, the pangu’s jailbreak is the first jailbreak of its kind that is forcing users to install some third party app on their iDevices during jailbreak process until you un-check the option to install this app. In the history of jailbreak tools, former jailbreaks didn’t ask users to install any third party app except cydia. Also they didn’t reveal the code of this jailbreak, it could be a reason that the hackers are hiding something, this Pangu jailbreak can be a piece of cheese (filled with poison) for rats.

According to PCWorld, the Chinese hackers are using code-signing certificates that aren’t trusted perfectly. Also i0n1c is angry with this jailbreak, because the hackers made his hardwork futile in just few weeks. With this Pangu jailbreak Chinese hackers might have full control of your device and content including pictures, videos, passcode, iCloud and also they can fill your iDevice with malware; as i0n1c said on twitter. Some security companies suspecting that the app coming with Pangu tool may have functionality to control an iOS device remotely, but it’s not confirmed yet.

Note: This process will erase all of your data from your device, you have to take backup with iTunes before starting this guide and when the restore completes successfully you can restore the backup to your iDevice.

Step 1: First of all you have to download the latest iOS firmware for your device, below are trusted links for latest iOS.

113 Comments so far. Feel free to join this conversation.