Download and Install iOS 8.0.2 on iPhone, iPad or iPod Touch

iOS 8 has many new features in it, that were not available in iOS 7, but this time Apple’s negligence while rolling out iOS 8.0 update annoyed iOS users. Apps were crashing and there were severe issues related to wifi and cellular connectivity. Two days ago Apple rolled out another iOS 8 sub update and named it iOS 8.0.1, but I didn’t noticed this update on my iPhone 5, I think Apple pulled back the update from iOS devices, because it was another mistake Apple did; because iOS 8.0.1 update still had bugs in it. 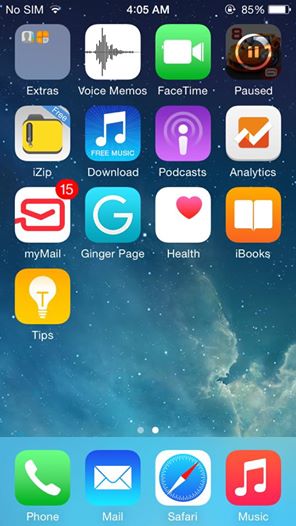 Finally, Apple is now rolling out iOS 8.0.2, this update doesn’t have any major issues like previous versions and users aren’t complaining that much. So, it’s safer to install iOS 8.0.2 on your iOS device, and especially those who are currently having iOS 8 or 8.0.1, must upgrade to iOS 8.0.2 to avoid any errors.

Furthermore, third-party keyboards weren’t working properly in iOS 8 and 8.0.1. Also my iPhone 5’s screen was going blank, when I was receiving any call, there were no call receiving and rejection buttons on my device’s screen.

For more information check this out.

If you’re also having these issues on your iOS 8 device, then leave everything and start upgrading your iOS 8 and 8.0.1 to iOS 8.0.2.

You can get the update on your iDevice in the Settings> General > Software Update and simply install it by following the instructions.

If you’ve a jailbroken iOS device running iOS 7.x.x, then follow my previous guide to restore the firmware via iTunes. Download iOS 8.0.2 from the below available links and follow the method given here.

Note: Users with iPhone 4 can’t upgrade to iOS 8x, so don’t try to upgrade your device to this new firmware.