Users are complaining about newly released iOS 8 and its sub versions, we’ve seen this traditionally that iOS firmwares always have bugs until their final version releases. I’m happy with iOS 8’s features but I’ve decided to wait until its perfect version hits the iOS devices. After enjoying iOS 8 and 8.0.2, I’ve downgraded to iOS 8.0.2 to iOS 7.1.2, because I’m missing the jailbreak.

iOS 8 still isn’t as much handy as a jailbroken iOS, also I got back all of the tweaks and apps on my iDevice with this tweaks backup and restore guide.

Important Note: Apple’s servers are allowing users to downgrade to iOS 7.1.2 from iOS 8x, because of the bugs available in iOS 8x, after the release of a perfect iOS 8x firmware, the downgrading will be prohibited by Apple. So, don’t waste your time and downgrade and jailbreak your iDevice with pangu. Moreover, currently no jailbreak is available for iOS 8, it will take some time, the users on iOS 8x firmwares have to wait for hackers to release a jailbreak for iOS 8. 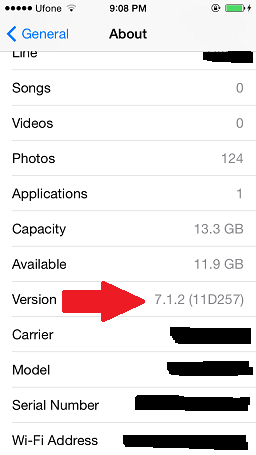 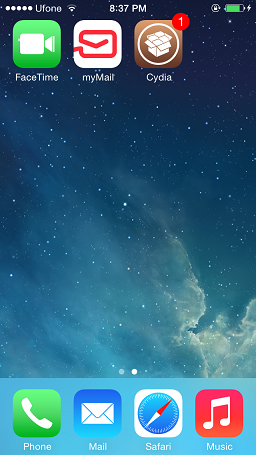 If you’ve something else running in your mind about downgrading iOS 8 to iOS 7.1.2 or also about jailbreaking it with pangu, then let me know via commenting on this article.

Important Update #1: Sorry guys! The time is over now, Apple has restricted iOS users from downgrading their iOS 8.x.x to iOS 7.1.2, the above tutorial is no longer valid. Moreover, iH8sn0w also confirmed this in his tweet, check out the below image:

3 Comments so far. Feel free to join this conversation.