As windows phone is gradually making a mark in Smartphone market Worldwide, having several genre of productive apps for its users. Hence, if you are windows phone user presently there are several creatively hatched GPS apps have been floated recently. These apps will assist windows phone admirers to view maps, navigate and surf through various locations of any zone locally or globally. 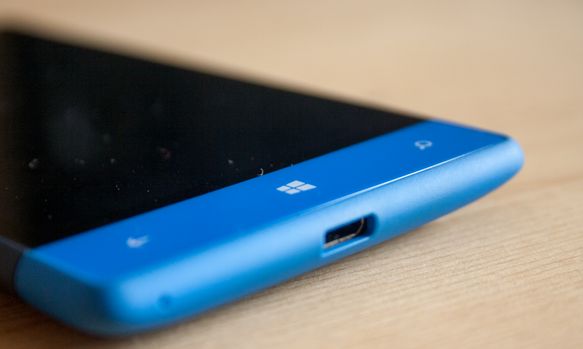 Have a look at some of the most immaculate GPS apps that we have chosen from windows app store. These apps could be utilized as tracking and navigation partner on the go by windows phone devotees.

Note: These GPS Apps will work for Windows 10 too when Windows Phone 10 will be available in market.

CoPilot is among the top rated capable GPS app available in windows app store for windows phone. The reason why it’s becoming more and more popular nowadays is because of its adeptness that allows users to explore any location accurately. App furnishes influence to immaculate direction aid for driving, as well as for hikers too. Other affluent features of the app comprises of online and offline crisp quality map viewing for tracking any particular location. Moreover, route planning where app user wishes to travel has also been made easy via its alternate route selection and driving direction mechanism.

If you’re interested in GPS Tracking Devices then check out my previous Article Here.

Scout GPS Maps have become the first choice for windows phone users, as far as the navigation custom is concern through Smartphone. The distinguishing features of this thriving app includes voice command feed which helps drivers to just speak and get desired direction help rather than typing it every time. Furthermore, also provides turn-by-turn navigation support which helps users to reach at their destination conveniently because Scout stocks real-time traffic alerts and ahead route situation.

GPS Satellite permits users to acquire absolutely spot on location tracking. This accuracy has been adorned in the app through latitude and altitude features supported via satellite signals. These features transform data in various dimensions for users concerning their searched location, which allows users to gauge even minor details regarding their tracked site or map. Moreover, app also shackles “NASA photo of the day” additionally to this app users, which is icing on the cake for astronomers.

GPS Voice Navigation is mainly built with the idea to provide immediate turn-by-turn direction support to driver while travelling. This app as name says it all does not require user to type anything, users just needs to give command via their voice to get desired results. Furthermore, app makes available precise time and distance from the location and navigation support is also been prearranged for users. Additionally, updated Worldwide maps and various language supports for users to help understand app features in their native language are its added leverages. GPS Voice Navigation delivers all this that too in an easy to utilize UI.

GMaps+ is another inventive GPS and Navigational App, having some essential location tracking and mapping features for knowing about any place for its users. Vital tools built in this app involves specific route aid through apps here drive feature. What is more it supports 2D and 3D compass mode for directions assist for viewing it vividly. Also provides live traffic state on approaching route before reaching in advance, which cure users from caught in traffic jams – if any ahead. Moreover, street view feature of GMaps+ shows exactly what locations is around – to be aware of the establishments nearby. App like many other same category app has voice command support that makes it more alluring.

Maps windows phone app is simple yet leading navigation and maps filled app that set aside wide-reaching maps and tracking features for users. In addition, app offers precise direction for drivers, also the traffic forecast that provides the complete route, where users want to travel situation to be aware of it. Moreover, feeds popular detonation suggestions to user that has been visited by most number of people. Maps is primarily developed to offer navigation proficiency with the power of live and prearranged offline maps of countless locations to its user to help them during travelling.

Destination Manager is a dynamic app that permits user to track any wanted location accurately such as ATM, Restaurants, Cinemas or any other particular location. Some of the other top submission of the app includes detailed maps with full screen mode support. Furthermore, real-time direction and other flanking navigation support with route assisting tools guide user about any given location. All in all it’s a must have GPS app, if you are looking for an efficient one amongst numerous GPS Apps decorated in windows app store.