Access to online resources isn’t that much easy in every region of this World. Because of some security and privacy issues many websites and applications are banned in specific countries but now some great IP changer apps for iPhone, iPad and iPod touch made it possible for everyone. The only way to get access to these resources are VPN software. It’s easy to get any good VPN or IP changer software for PCs, but for Smartphones, tablets and idevices, it’s quite difficult to hunt.

When you want to change your IP address with any VPN software, it helps you to surf securely through other servers located in various countries. This is the reason that’s why you can access all of the internet websites and apps for iPhone, iPad and iPod touch, because these apps and websites aren’t banned in those countries from which you are surfing internet.

As I have discussed before about VPN for Android, now I am going to introduce some IP changer apps for iOS devices including iPhone, iPad and iPod touch.

Note: These IP changers are free, but only to some extent, to unlock full features you have to buy their paid versions. 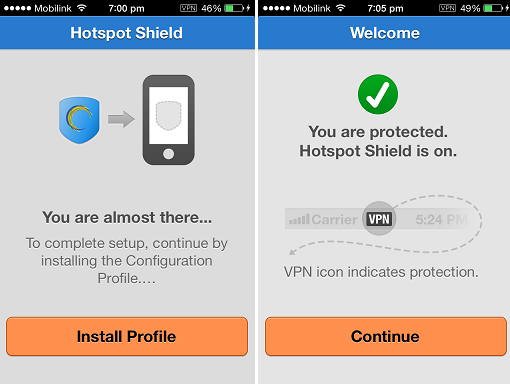 Hotspot shield is not new to IT World, desktop version of hotspot shield is already famous among internet lovers. Hotspot for iOS works excellent on all iOS versions and devices. It’s not totally free, you need to purchase its paid version if you want to enjoy it, in long-term.

In free version, you can get VPN protection only for few days, if you want to extend this period then you have to pay $4.99 per month for paid version. Also, it has 3 different servers located in UK, Japan and USA. You can switch between these countries’ IP addresses any time you want. 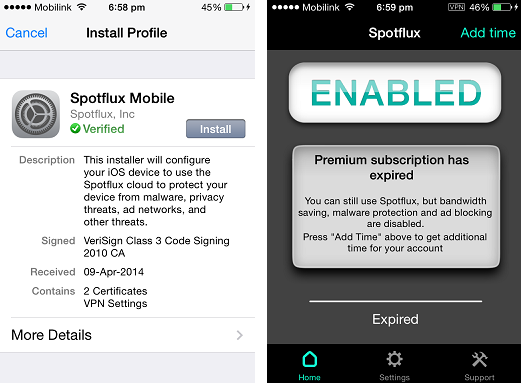 Spotflux is also one of the most popular VPN software. It is available for all operating systems including Android, iOS, Mac and Windows. For Windows PCs, this VPN is totally free and works accurately on those devices. It’s quite cheap in comparison with other VPN apps, because spotflux only cost you $1.99 per month. Also you can get free bandwidth by inviting your friends to join spotflux network.

There are no locations for servers are available in spotflux, because it automatically connects you to the best server. Spotflux’s VPN is famous for fast and secure surfing.

3 Comments so far. Feel free to join this conversation.