Apple is hitting the global tech markets like a hurricane again and again since last year now, firstly launched much awaited flagship iPhone 6 and 6 Plus on September 19th 2014 and then recently unveiled their pioneer wearable Apple Watch Series on 9th March, 2015 and now uncovered its new revamped Apple Macbook. It’s a follow up of ultra-portable laptop launched by Apple after its last year successor Macbook Air. 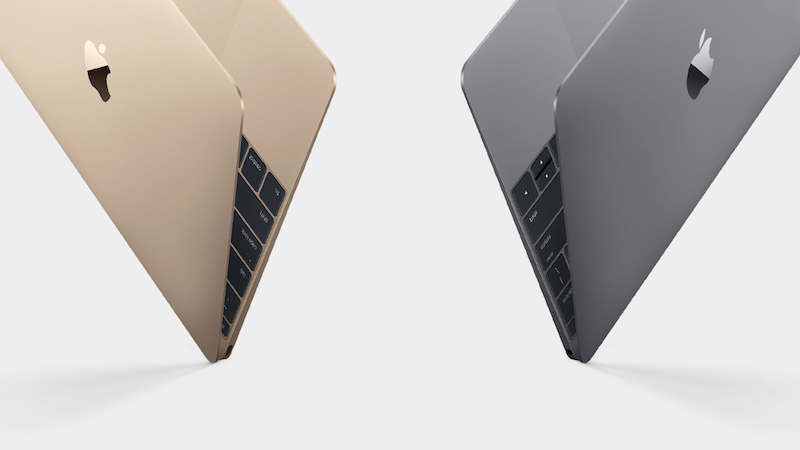 But this time Apple has viciously polished its Macbook, firstly removed the extended brand name Air and now simply named it Macbook through this 2015 edition. Secondly, it’s a 12″ new Macbook unlike former 11-Inch Macbook Air, nevertheless extraordinary battery life and the internal hardware is more or less the same – as we used to come across in Macbook Air debut.

This newly launched majestic Macbook by Apple is the most desirable ultra-portable laptop that you can wish for having. Astonishingly, this new Macbook is merely less than 2 pounds of weight and icing on the cake is that it’s also 24% lighter in comparison to its last sibling Macbook Air – even with 12 inch screen now.

Here are some of the most alluring features adorned in the new premium Apple Macbook 2015 edition.

This new Apple Macbook is embraced by a new buttery smooth keyboard that will surely transform the typing experience via it totally. Furthermore, this clean keyboard also has a fresh upgrade from Apple, offering separately light LED keys called “butterfly mechanism” that eventually made the typing on this new machine a worthwhile occurrence.

On the other hand, there is lot of effort put on the enhancement of most used fraction of such devices known as touchpad. This time Apple Macbook does not have a clickable touchpad, instead it provides new tech proficiency cited as four force sensors, which basically use a mechanism of calculating how much force does user is applying on the Macbook touchpad to apply click function accordingly. This feature does seem more complex just for a simple click on anything using Apple Macbook – but with practice users can easily get use to it.

Apple has further pushed the envelope to craft its Macbook 2015 to die for with the compliance of unbelievably realistic 2304 x 1440 resolution retina display. The further noteworthy aspect of this crisp display comprises of the fact that this newly formulated display panel of Macbook consumes 30% fewer power. This knack of using less power certainly improves the battery backup and provides prolonged working to all types of Apple Macbook users.

As most of the aspects and features in Apple Macbook are distinctive same goes with fans, there is no irritating fan installed in it. This proficiency has been made possible through genius apple’s hardware engineer’s skills and placing the Intel Core M Broadwell CPU. So, this feature composes Macbook a totally revolutionizing new-age laptop.

Undisputedly, Apple Macbook 2015 is the most cutting–edge laptop that you could find at present, which is definitely asking some questions to other rival brands laptop manufacturers – in regard of its contemporary features compliance. Furthermore, it’s immaculately premium built quality amid at durability is complementing its overall performance that is hard to find in any of the other brand’s laptop.

Additionally, the battery-back up that Apple has pledge through this new Apple Macbook having nine hours continues web browsing and if being used for watching video content – can easily last for 10 hours.

Offering space gray and silver plus a new gold color with price starting from $1,299, and will be out in the international markets from 10th of April, 2015.

1 Comment so far. Feel free to join this conversation.